Christmas Around the World — Spain 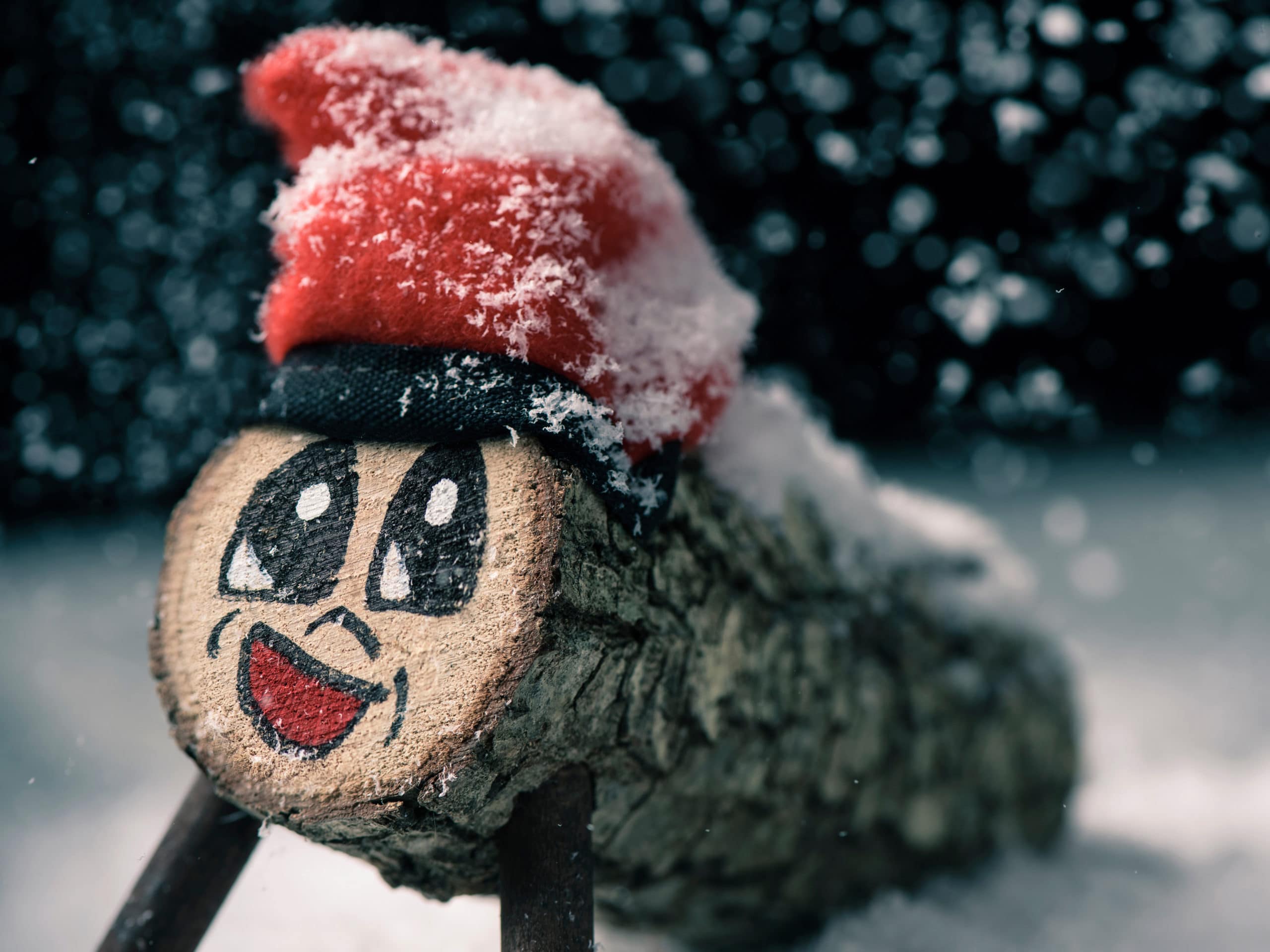 Spain is a small country, but it contains great diversity in its Christmas customs and traditions. Spain's climate, language, and Christmas celebrations may vary, sometimes significantly, from region to region. The Christmas season in Spain revolves around 4 areas: religion, song and dance, food, and family. Religion: Roman Catholicism has greatly influenced Spain's Christmas celebrations, but one may also find influences from Islam, northern Europe, and America. Song and dance are a foundation of every Spanish holiday. Food: with the many regions and cultures in Spain, the food prepared for celebrating the Christmas season may vary with the meats and vegetables available in each region. Family: like in many areas around the world, family plays a major part in Spain's customs and traditions of Christmas.

The sounds and songs of Christmas start being heard in the streets on or about December 7. Singers and bands with traditional Spanish folk instruments stroll the streets releasing their musical tones to dance their way to the ears of many who look forward to hearing the songs of Christmas every year. Tambourines, sonajas (instruments like the tambourine), zambombas, gaitas (Spanish bagpipes), and castanets add their distinct sounds to a Spanish Christmas season.

Dances, formal and informal, play a major part of the Christmas season. On or around December 8 six to ten boys welcome the Christmas season dancing the Dance of the Sixes at the Seville Cathedral. In the northwestern regions one may participate in a formal herder's dance called the Vaqueira or the Pericote. Both dances are accompanied by bagpipes. In Andalusia, flamenco dances featuring castanets spring up in the towns and cities along with the Cante Hondo, a dance featuring guitars, clapping hands, and snapping fingers. In Catalonia, large groups of people form circles to dance the Sardana accompanied by pipes, flutes, trumpets, and other wind instruments.

In early to mid-December Nativity Scenes, Nacimientos, start appearing in nearly every home in Spain. These Nacimientos can be simple, home-made scenes with many hand-made items; or they can be very elaborate with many purchased figures and buildings. They may include a stable or cave only or depict the whole town of Bethlehem and its surroundings.

Like several other countries, the people of Spain like to exchange Christmas cards. Many of these cards display reproductions of paintings of the Nativity or the three kings. Secular themes and greetings are also seen on some Christmas cards. Some people in the service or trades industries may use Christmas cards that look a lot like business cards or calling cards.

Christmas Eve is a time to make last minute purchases of decorations, presents, and food. Food for the Nochebuena meal must be plentiful so purchase of turkeys, ducks, fruit, cheeses, pastries, and candy are a necessity. Candy such as turron, a nougat made with toasted almonds, sugar, honey, and eggs, and marzapan, made of crushed almonds, sugar, and eggs and molded into many shapes and sizes, are popular Christmas treats and can be found in nearly every Spanish home.

As soon as dusk arrives a light may be placed in the window and/or candles placed around the Nacimiento. Luminarios, festive lights made by filling paper bags with sand and a candle, are place along walkways, along garden walls, or on rooftops to guide the Christ Child to each home.

Extended family arrives for the Nochebuena feast which is served around 9:00 or 10:00 pm lasting until time for the Midnight Mass. Dishes may vary from region to region but flan, a caramel custard, sponge cake, and garlic soup are found in most areas. Other dishes may include seafood, roasted lamb, capon or turkey stuffed with truffles, green beans, almond soup, chestnut soup, dried fruit, nuts, and an assortment of traditional Christmas sweets. Desserts may include turron, candy coated almonds, and apple, pear, or mixed fruit compote, yemas, a confection made of egg yolks, sugar, and lemon, and mantecados, an almond pastry.

After the Nochebuena dinner many families attend Midnight Mass. Priests wear their finest, most colorful, and most embroidered robes. The music and singing are at its best. After mass people return home. Some families sleep before the Christmas Day festivities begin, while others start celebrating right away.

On Christmas day families gather around the Nacimiento and place the Christ Child in the manger. The children then play instruments and sing carols to the Christ Child. Children may receive a small gift from Papa Noel on either Christmas Eve or Christmas Day, but most of their gifts are delivered by the three kings on Three Kings' Day. Christmas day is the time for adults to exchange gifts.

Christmas dinner is just as elaborate as the Nochebuena meal with many of the same dishes being served.

Spain also has some fun Christmas traditions that many participate in on Christmas day. Some families enjoy a sort of matchmaking game called the Urn of Fate. Names of friends and neighbors are placed in a bowl. Family members then draw names out of the bowl to see who they should become special friends with over the coming year. In Cadiz swings are set up so children can compete to see who can go the highest in the air. Tradition says this game helps the sun on its return journey to the north. In Catalonia families set up a hollow log, Tio de Nadal, in their home. This log has stick legs, a face painted on it, and wears a sock hat looking like a barretina, a traditional Catalan peasant hat. Every night beginning on December 8, the children feed candy, nuts, dried fruit, and small toys and trinkets to the log through a hole in the log. On Christmas day the children beat the log while singing traditional songs and carols until the log "poops" its goodies for all to share.

After Christmas the three kings become the prominent figures of the season, much like Santa Claus during the time between Thanksgiving and Christmas in the United States. Children write the three kings asking for gifts for themselves and other family members. People dressed as the three kings and appearing singly or in groups of two or three appear in stores everywhere to hear what the children want for Three Kings' Day.

On December 28 the Feast of the Holy Innocents is celebrated. It honors the children of Bethlehem killed when Herod sought to kill the Christ Child. It is a day of game playing and playing practical jokes.

New Year's Eve is a day of feasting and merry making with much dancing. The New Year's Eve feast may contain cochinillo, suckling pig, jarmon serrano, a spicy, dark-red ham, and turron. As the clock strikes midnight it is traditional to eat twelve grapes to ensure that each of the coming months will bring much happiness.

After a night of partying, many will enjoy a New Year's Day breakfast of hot chocolate and churros.

On January 5, the eve of Three Kings' Day, families go out to greet the three kings at a local cabalgata or parade. The kings may ride on ornate floats or on the backs of live animals throwing candy and treats to children in the crowd. Before going to bed children put out a pair of shoes on a balcony, by a window or door, or near a fireplace for the kings to fill with presents and goodies. Children also put out food for the three kings and food for the kings' camels as well. After the children go to bed, figurines of the three kings are placed by the manger in the family Nacimiento.

Children wake up early on January 6, Three Kings' Day, to see what the kings left for them in and around their shoes. Throughout the day people give gifts to one another claiming the kings left the gift at their house for the person (all gifts given on this day come from the three kings). Children in Spain's hospitals and orphanages are not forgotten on Three Kings' Day. People dressed as the three kings bring gifts to these children as well.

A traditional treat for Three Kings' Day is roscon, a fruitcake with a small toy baked inside. Whoever finds the toy in their piece is said to be blessed with good fortune in the coming year.

At the end of Three Kings' Day all the decorations and the nacimiento are packed away for another year. The Christmas season has come to a close.